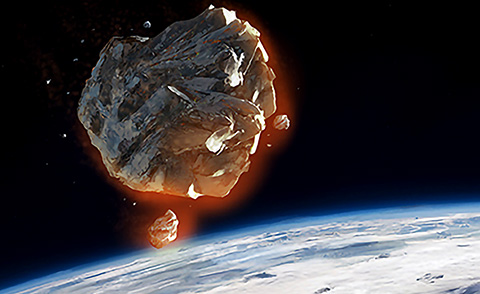 It’s been two weeks now since the impact. I’m still trying to wrap my head around it. This isn’t the same world as before. We knew if this happened things would be bad, but we didn’t know it would be this bad. Everyone and everything that I know is gone, I’m writing this as a way to keep my sanity.

But I can’t start here, I have to go back, there is more to this, more that needs explaining.

My name is 1st Lt. James Reid of the United States 5th Special Forces Group. I have served proudly for my nation and had expected to return to my home soil for some rest and relaxation; more importantly to spend time with my wife and daughter.

We had all known for a generation of Asteroid 410777 and it’s impending collision with Earth; but no one was worried. Our governments had assured us that they had a plan and could guarantee success of that plan, so we believed them.

Two weeks before the impact date, civilian astronomers discovered that the asteroid was over three times larger than had been previously estimated, taking the potential impact from a state destroying event to a global impact event. Still the government assured us that they were well aware and had a foolproof plan in place to ensure that the impact would never occur.

Most people went back to their normal lives. Church attendances had taken a massive spike, and the doomsday folk had gone underground. But all in all, it was business as usual.

I remember impact day vaguely. I was onboard the transport back to Fort Campbell when we hit severe turbulence and the warning sirens started chirping. I remember looking at the faces of my brothers and sisters-in-arms and seeing the confusion and shock, then there was a bright light and everything started spinning. I managed to gain enough sense to see what had happened. Something had torn right through the center of the transport and split us in half.

The front part lit up the sky in a brilliant fireball, while those of us in the rear compartment watched in horror. I knew this was the end. As the rear of the aircraft started to tear apart my restraint suddenly tore off and I was in a free fall. With pure will I forced myself not to black out and hit the ignition on my jump jet pack.

I’m not one to believe in a higher power, but something was looking out for me that day, as I ignited the thrusters on my pack, it quickly slowed my fall and moved me several feet to the side just in time, as what appeared to be a small meteor tore right through where I was sitting.

I looked around slowly feathering my thruster to taper my descent. The night was lit up in what appeared to be a giant fireball, falling out of the sky as far as I could see were flaming meteor rocks. I watched as the sea below me scattered, the tide disappeared miles out from the coast. Then slowly coming back in a giant wave that collided with the land, devouring everything in its path. Then everything began to go dark, the sun slowly disappearing in the sky.

My jump jets had began to overheat, they weren’t designed to control a fall from that sort of height, but they held long enough to let me drop onto some cliffs overlooking what an hour ago had been a pretty thriving small town. I lay there watching the water wash away what was left of it. I slowly lost consciousness as the cliff began to shake underneath me.

When I woke up, it was snowing. I had a thick layer all over my back. But it wasn’t snow, it was dust and soot. Dust so thick that it blocked out the sky. This began the impact winter. I don’t know how long it’s going to last, but at this rate there won’t be much left alive to worry about it.

I’ve survived the last two weeks scavenging for supplies, there’s been plenty of food, most of the ocean washed up, so fish has been pretty abundant. Other than that, lots of canned goods strewn about. Vehicles have been a no go, what wasn’t washed out or destroyed, is clogged with dust and soot, I had a  car working, but it didn’t last very long, the intake filled and the motor overheated. But it got me far enough to walk to what was left of a Sheriff’s station.

There wasn’t much there, but I did manage to find a weapons locker jammed underneath a flipped semi. I really hadn’t thought about weapons much, as I had my sidearm still, but I knew if I was going to survive that I would need to hunt. Plus protection didn’t hurt either, so I pried it open. Most of the modern equipment was destroyed, but I did find an old .338 rifle with a relatively undamaged optic on it, and about  40 rounds of usable ammo. It wasn’t ideal, but it would do the job.

Not really knowing where I was, I headed inland. I figured if I can get far enough past where the wave had hit, I might be able to find some sign of civilization.

Two weeks in and all I’ve seen is scared groups of survivors, looting, violence, and a complete lack of infrastructure. It’s like the government just up and disappeared.

I try to keep to myself and keep heading west, I have to believe that Emma and Chloe are alright. But now and again I come across hospitable folk, some I’ve even shared a meal with.

There are rumors going around that the government went into hiding, that they took their best and brightest and went into bunkers a week before the impact. I don’t know how true that is, but if that’s so, then things out here are going to get a hell of a lot worse. It made sense though, I hadn’t seen a single sign of a relief effort. Where were the military? The disaster relief agencies?

There were also rumors of strange colored ash coming down, making people sick. Killing the land and animals that it touched. Hell, some people are claiming that there are radiation zones. Places covered in strange vegetation that if you get near it will either kill you, or worse.

I say worse, because I’ve seen it. Just last night.

I’ve been traveling with a small group of people, good wholesome folk, local guardsmen. When a group of crazies attacked us. I can’t really think of a better word than that. They just charged us, screeching and growling. They didn’t get too close because we gunned them down where they stood, but they weren’t right.

They looked like they had caught an allergy from hell. Sores all over them, corners of their mouths all cracked and swollen, same with their eyes. Some of them looked like they had been clawing at their own skin, I’ve never seen anything like it. My watch is almost over and I need to get some sleep, but you can be damn sure that those things will be haunting that sleep.