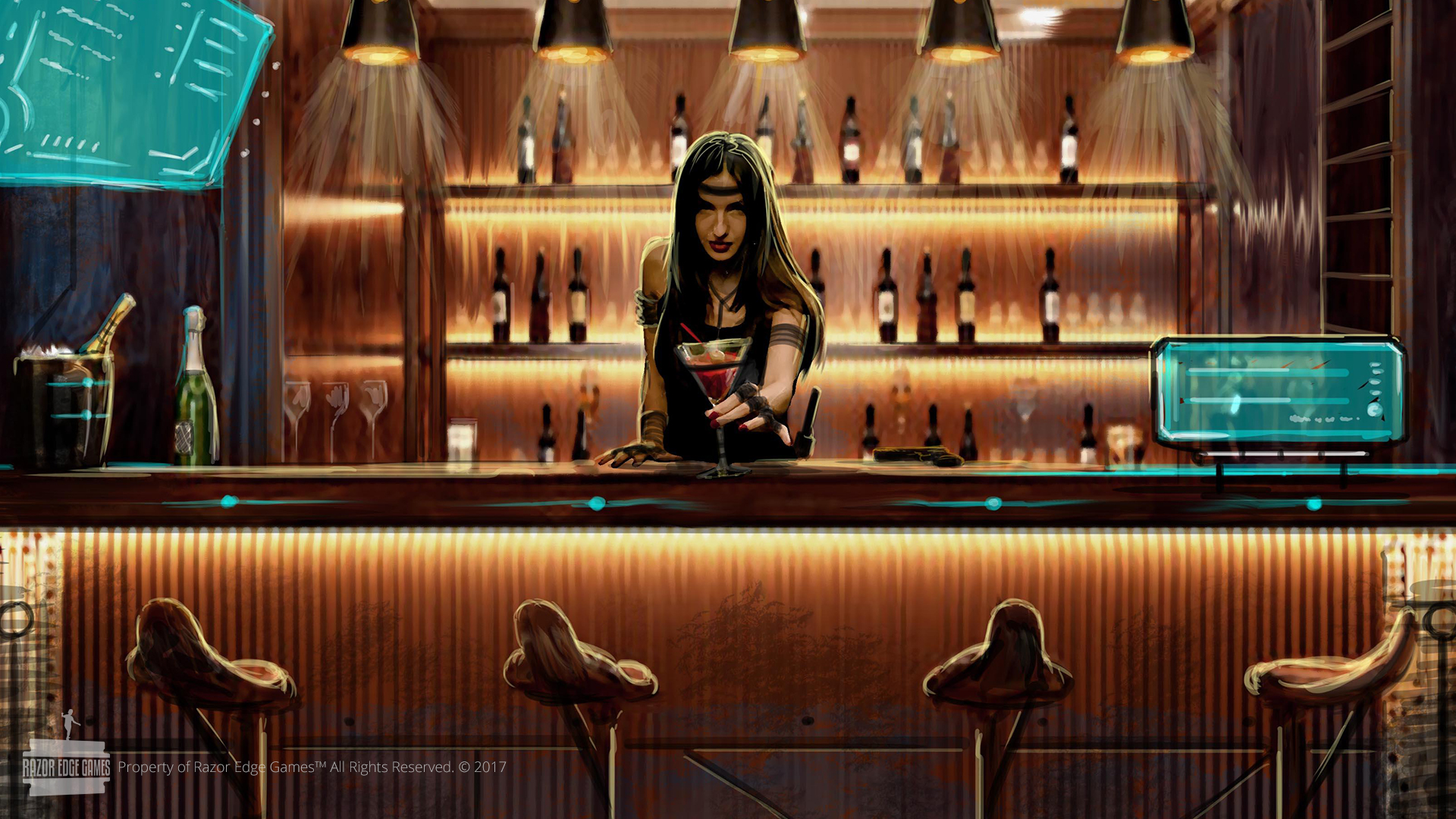 Excitedly, you rush through Eden Falling’s setup and don’t spend much time on character creation. NPCs and factions seem pretty cool when you encounter them. Gangs don’t seem to trust you. The more you play, the rougher you look. Some gangs start to recognize you. Other relationships may falter. Gameplay will change.

In Eden Falling, characters are definitely judged by their looks. If you, with your freshly stitched-up face, approach an NPC, they might react differently than if Joe the Pacifist floated on up. Eden Falling goes beyond your typical “appearances = attraction” formula by responding not only to your initial character setup which starts players out on fairly neutral ground, but also to how your character’s appearance changes throughout the game.

Razor Edge uses a system that takes reputation and physical appearance into account when determining character interactions. Looks includes things like teeth, tattoos, clothing, injuries, and scars. All of these details matter to how someone might be well-received in one gang or faction, but heavily disregarded by another.

Can you handle being ugly?