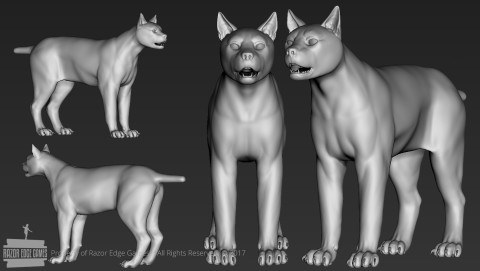 The Organic Team has been working incredibly hard since the last development journal update. The Team has gone through a lot of changes, one being that we have grown significantly in numbers to increase our output and the results of that have been great. Most of our assets were already modeled but there were unforeseeable problems when it came to animating them. Our team had also come across varying levels of detail on a few of the aged assets, and felt that these assets could look even better. So what we needed to do was revise all the older models, bring the level of quality up significantly so that all models had an equal level of detail and give them the proper topology to be animated. It has been a great challenge to acclimate so many new team members at once, and to get the entire team on the same page with quality. This, along with ramping up the rate of how quickly we expected a model to be completed proved to be very time consuming. 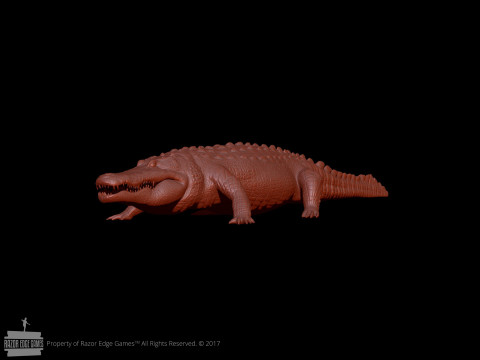 In addition to revising old models, we’ve also utilized the growth of the team to flesh out the list of assets even further, including brand new creatures and variations of existing ones. We have an amazing amount of variation in what creatures will be in the game, including all sorts of mammals, birds, reptiles, insects and sea life. We will also have some special creatures that will be revealed closer to the release of the game! Besides creatures, we also have other types of organic models that needed to be completed that just made sense for our team to take on. For instance, we have various skeletons modeled that a player might come across, a series of saddles for companion animals, as well as gear for them to strap to their backs. 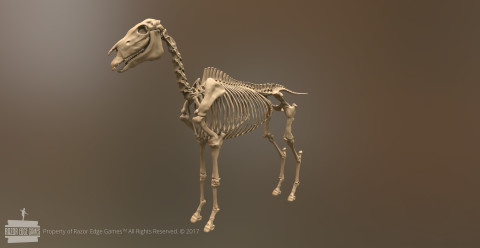 Now that the Organic Team is nearly finished with the bulk of their models that need to be completed for the core game, we are finalizing other timetables so that we may be able to take yet another pass at our assets, expanding even further on our list of 150+ animals. Exciting things are coming, and seeing the models move through the pipeline getting textured and animated is not only very rewarding, but exciting as we will get to unveil them to you very soon!  - Organic