Well the concept team is still hard at work creating ideas for various aspects of the game. It’s often times very challenging being the first team to make the ideas that will appear in the game real. It starts with his as far as visualization goes. But, this is indeed a challenge the concept team relishes and enjoys. First off, let’s show off a robot designed by new artist to the team, Jonathan Lareva: 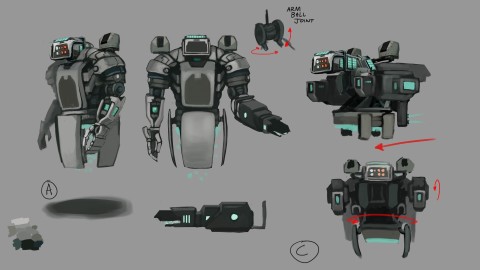 This robot was a needed update from an older concept that just didn’t make sense. The legs and the way it moved were a tad bit nonsense so we thought that having it hover and come in two types (a scout like drone and a more beefy sentinel) would be really cool.

Next we have another robot, a medical drone, designed by artist Matthew Lewis on the team: 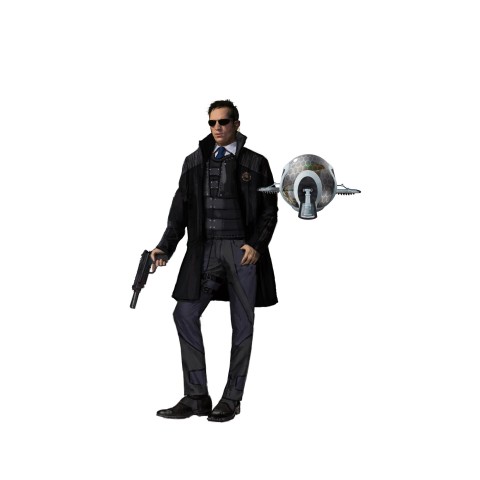 This is a much higher level piece of technology that is small enough to be stored away in a pack. It would be used to heal (through lasers!!!) basic wounds in the field. It may not replace a skilled doctor in a fully stocked medical wing, but it’s enough to keep you going in the field.

We also have a variation on an Alpha Feral: 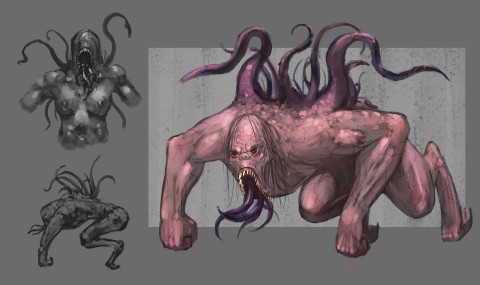 Not much can be said about these other than the fact that they are nasty and fear inducing.

Protection is very important in our world, so artist Ben Schultz made the following shields: 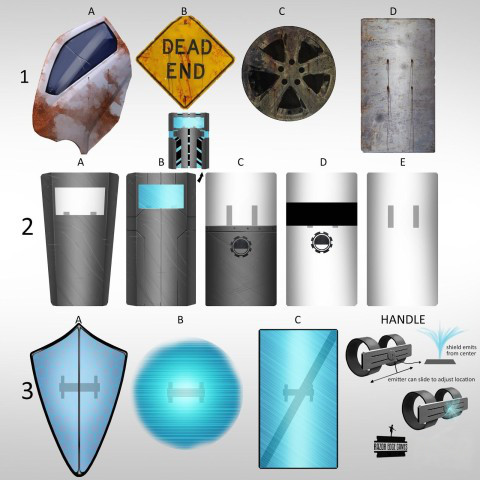 Lastly, character customization is an important part of any rpg. We have tattoo parlors in the game where your character can get fresh ink. And we wanted to start designing modular elements for tattoos to give your character that tattoo individualized for them. 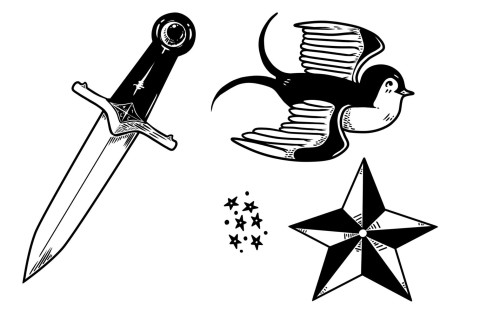 We hope you will enjoy seeing stuff like this in game as much as we have enjoyed designing it!