Character assets has been very busy since the last development journal update from us. We've mainly been working on updating our existing clothing to be usable in game. There was an update to our character base meshes, which shifted it's position ever so slightly, so all of the clothes needed to be changed to reflect that shift. In addition we received notes from the rigging and animation department about topology necessary for proper character deformation. This also needed to be implemented to avoid clipping and unnatural looking folds in the clothes when the character is making more extreme poses or movements. 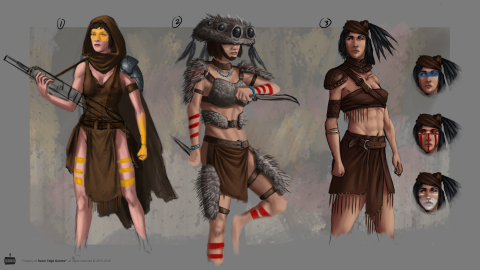 Apart from updating our existing catalog, we have also been adding new outfits and hairstyles along the way. One important thing we've been striving for is having a variety of different outfits for each faction. Our latest series of outfits were done for the steppe tribe. Outfits were done for both male and female characters, with mix and match possibilities leading to many different clothing combinations. It's important to have a wide variety of outfits so there won't be characters walking around that look exactly the same. On the hair side of things we are wrapping up the final assignments for hair styles. All that's left are some facial hair styles and then we'll be completely done modeling the hair cards. Then we'll be able to completely focus on the remaining clothes needed. 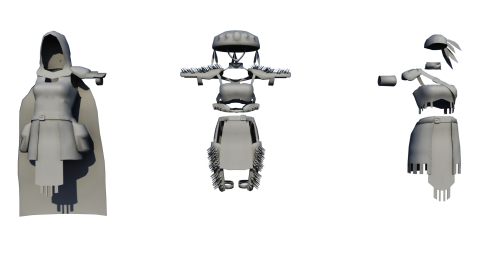