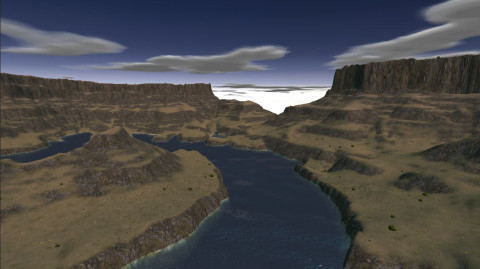 Hello fellow survivors! The world of the AfterFall is a surreal one, filled with a mix of futuristic technology and the ruins of our own civilization; and we on the Level Design team have the privilege to serve as the architects of this new world.

Over the past few months our team has been working on putting together a variety of locations and environments that you will be able to see as you progress through the game. From factories to farmlands, to long abandoned settlements and those still in use, the ruins of the old world will be yours to explore and conquer.

A factory, long abandoned to the elements

Perhaps the most exciting aspect of working on level design is we are directly privy to the evolution of the game; from concept all the way to completion we get to combine efforts with the many artists, modelers, and coders to see the world realized.

Derelict settlements, a legacy of life in the years following the Fall

Keep an eye open in the weeks and months to come; this won’t be the last you hear from us. Until then.