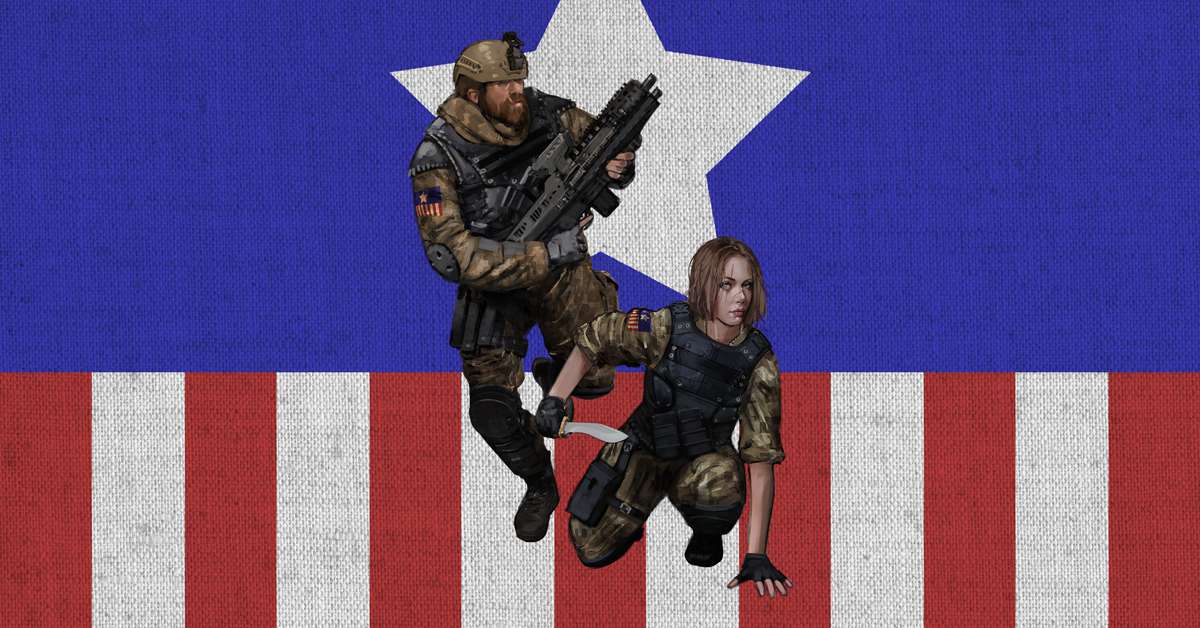 It’s week six of Razor Edge Games’ montage of the good, the bad, the gritty, and the triggerhappy. As we sail smoothly through the playable factions to be offered to gamers in the upcoming RPG Eden Falling, Razor Edge Games stands attention with a firm salute to the bravery, ambition, and hardcore drive of the Patriots.

The Patriots are exactly as the name might imply. A steadfast, thick-skulled group with a laundry list of down-to-earth priorities to keep their world in check, this Faction wards against frivolity. It’s all business when gamers choose to get involved with the highly militaristic group of wayward soldiers picking up where the world left off. The Patriots of Eden Falling want you to step and be a leader who can stand equal with those already preexisting the in their ranks. In fact, they’re willing to throw gamers through a blazing gauntlet of troubles to make sure all that remains is a hardened, cunning warrior fit to fight at the drop of a hat.

Should it really strike a not-so-secret fantasy to feel like you’re trapped in a blistering bootcamp following the end of the civil society, the Patriots are exactly what you need. There’s no sympathy for the slacker, and no reprieve for the devoted when gamers choose to support the ideas allocated to this particular group. The important thing to remember as always is that having a hardened soldier at your back is probably one of the most comforting feelings you can expect as a survivor of the Afterfall. Well, as long as they’re on your side.

Stay tuned weekly for more updates about the game and for all 6 factions to be revealed. For more information about the Patriots and the other playable factions in the game, go to the Razor Edge Games website at https://edenfalling.razoredgegames.com/the-factions/