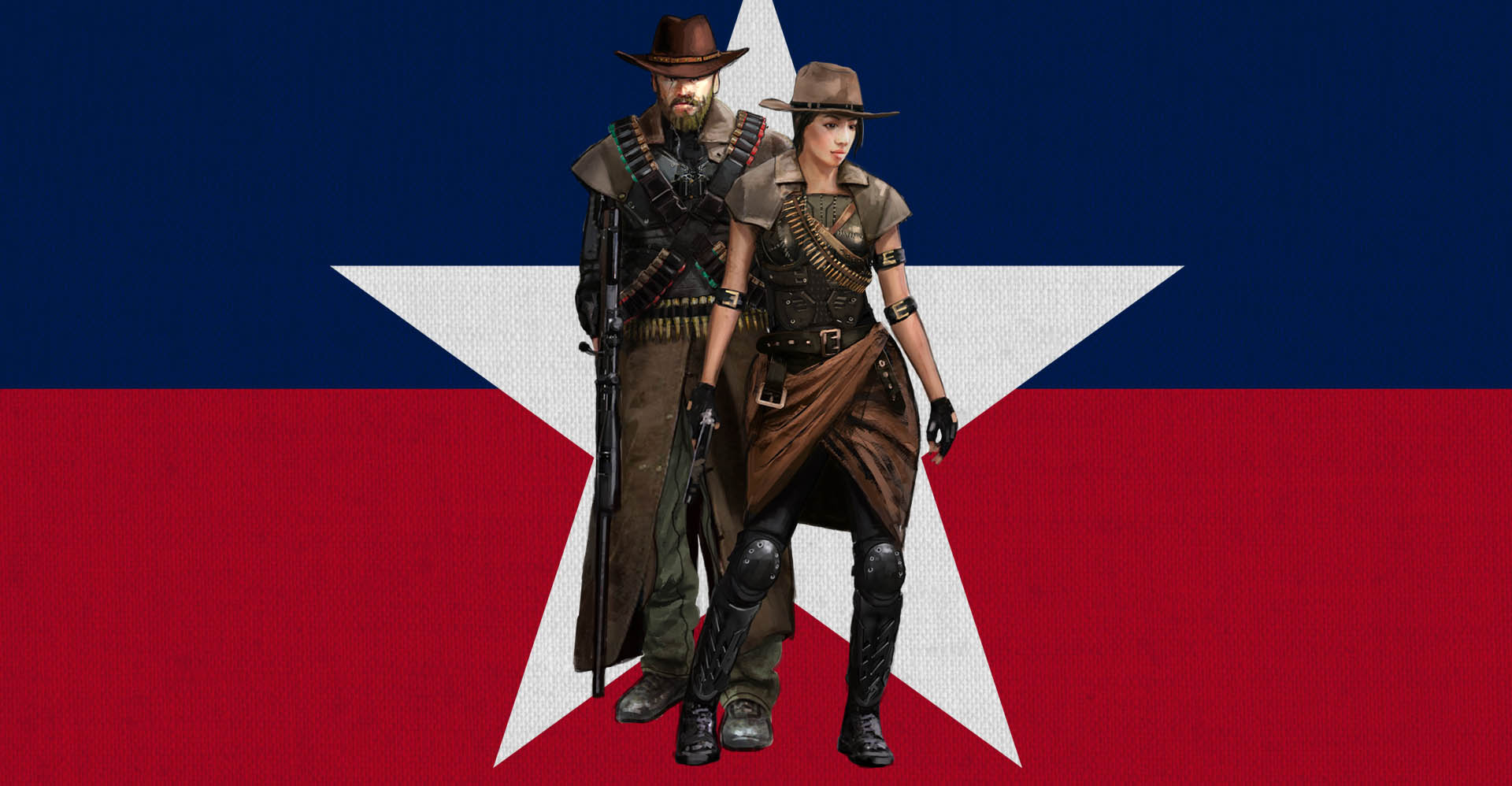 "There Was a Firefiiiight!!!" The Texas Star Faction Revealed

Razor Edge Games is slinging bullets, justice, and a whole lot of back bone your way with their upcoming RPG, Eden Falling.

Grinning ear-to-ear with a fair amount of sass under their belt, the third playable faction of the upcoming release, The Texas Star, invites you into the fold. Fiercely proud of their beliefs in justice, self-defense, and the right to gun down anyone who gets too near for comfort, the Star strike their faction out in the fray as a hearty, gritty sort. Aligning with Texas Star in Eden Falling tucks you into a family that swears to have your back to the bitter end. Whether that end comes in a blaze of glory, or a smolder of tactless wit is still left very much up to the gamer.

Announcing themselves rather boldly, players will find the Texas Star is a no-nonsense group. You’ll be expected to keep to your word and do what is best for the faction, even if that doesn’t always mean what’s best for your allies. While keeping a tentative peace with Freedom Fighters, the Texas Star hopes to expand its territory in the near future.

Razor Edge Games challenges each adventurer to know their strengths while guarding their weakness as more factions are unveiled to support or rival individual beliefs.

In the immortal words of this particularly confident faction; “You can be nothing, or you can be a Texas Star.”

Stay tuned weekly for more updates about the game and for all 6 factions to be revealed. For more information about the Texas Star and the other playable factions in the game, go to the Razor Edge Games website at https://edenfalling.razoredgegames.com/the-factions/