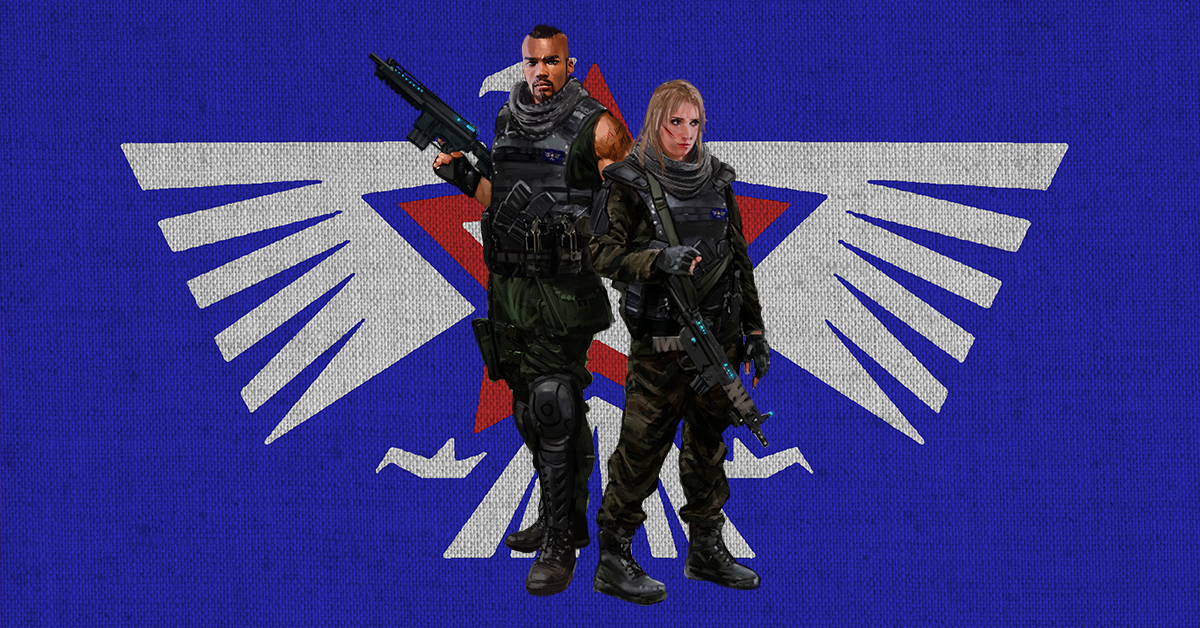 You’re already ankle deep in the chaos, the mayhem, the grit, and the gore.

Razor Edge Games provides a creature comfort for players following their excursions away from civilized life in their sprawling RPG, Eden Falling.

Unveiled as the second playable faction of the upcoming release, The Freedom Fighters introduce a rare form of compassionate, hearty community. Sticking to the traditions of family, empathy, and justice, the Freedom Fighters are a hard-working culture that encourages players to relearn humanity.

Don’t be so quick to write off this hopeful collective. The Freedom Fighters—like their sister factions—will make demands of players in an effort to build reputation and respect where such elements are thought lost. There are darker tones to the Faction, including an ongoing feud with the aforementioned Desert Rats. Anything goes in the Afterfall, and this powerful host of allies doesn’t hesitate to do a little vermin exterminating when it comes down to it.

Razor Edge Games challenges each adventurer to know their strengths while guarding their weakness as more factions are unveiled to support or rival individual beliefs.

The decision is all in the hands of the survivor; will you stand alone, or rally the strength of a faction to your defense?

Stay tuned weekly for more updates about the game and for all 6 factions to be revealed. For more information about the Freedom Fighters and the other playable factions in the game, go to the Razor Edge Games website at https://edenfalling.razoredgegames.com/the-factions/