We at the Hard Surface team have been hard at work creating Props, Weapons and Vehicles for you all to use in game. Whether it be a coin you pick up or an Antimatter beam rifle, we’re there to keep you immersed and surviving out in the Afterfall. We work with both High and Low poly assets, which means the Low poly will be used in game and what the game counts for its polygon limit. Too many polygons, the slower your computer or console may run. Though Why the high poly then? Good question! The high poly versions are to provide all the detail. In which we will “Bake” the normal maps of the high onto the low poly. This will give the low poly the appearance of the High without all the added polygons. In other words, a 15k low poly Gun will look like a 250k poly gun without all those polys to slow down your gameplay. Currently our team is split between three categories; Scenes, Weapons, and Vehicles. We have some weapons to show you, with a bunch more being worked on.

Firstly is the Commando Pistol, You have the ability to interchange all aspects of this gun to create your perfect little killing machine with a unique look fit just for you. 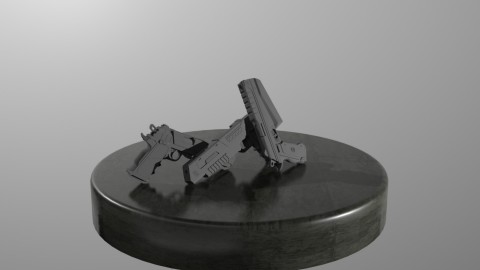 Second we have the Hydra, Let me tell you. You do not want to be on the other end of the barrel, unless it’s on its cooling cycle. Then if you’re bold enough, feel free to rush your attacker and take the Hydra for yourself.

Next we have the Viper Beam Rifle, and whoo boy. Do NOT be at the far end of this thing. As it fires antimatter. Which will explode on impact at high velocity. Did I mention this thing is a sniper rifle? 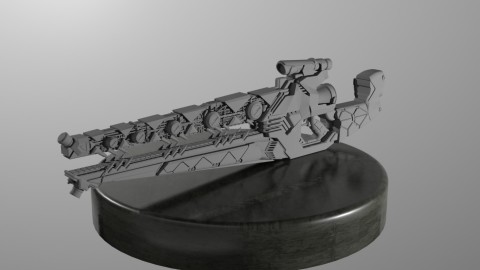 For those of you who don’t want some High tech weapon that shoots exploding lasers, We have some good old fashioned old world Bows for you. 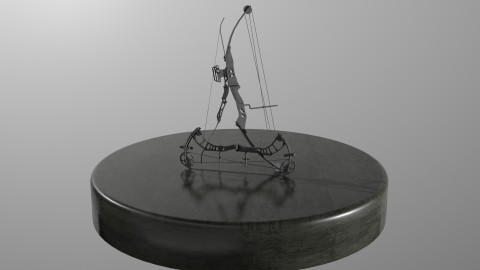